Mirrored from https://github.com/apache/cayenne-modeler.git
Clone this repo:

What will it look like? Well, it has the same basic layout as the current Cayenne Modeler, but with upgrades.

The following screenshots show how the prototype is shaping up. They'll be updated as work progresses. 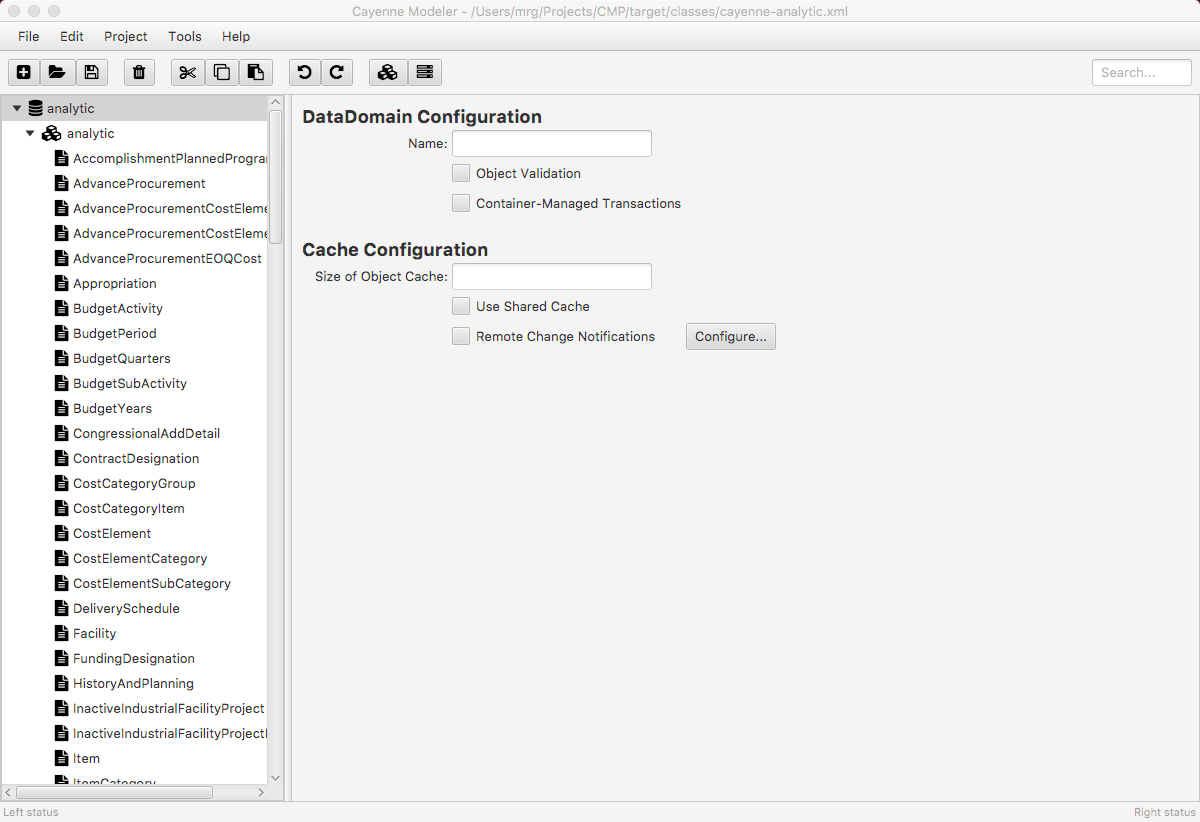 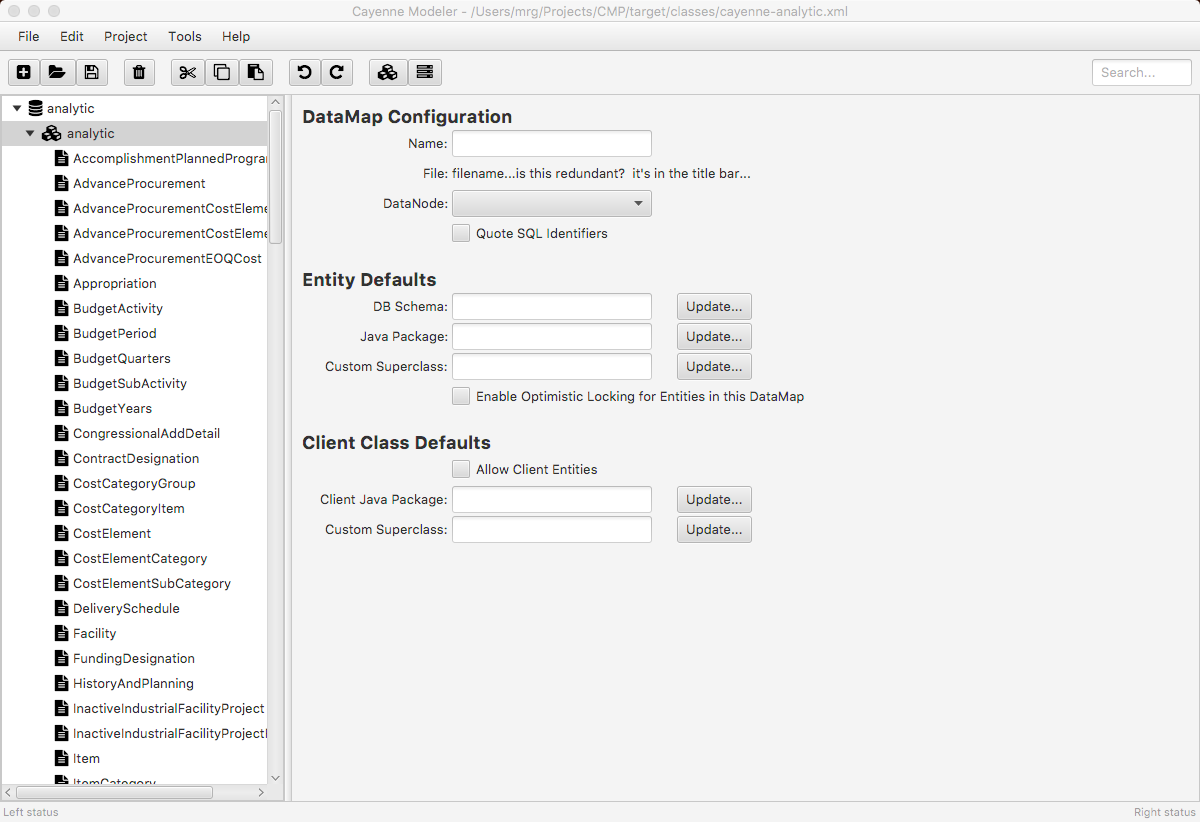 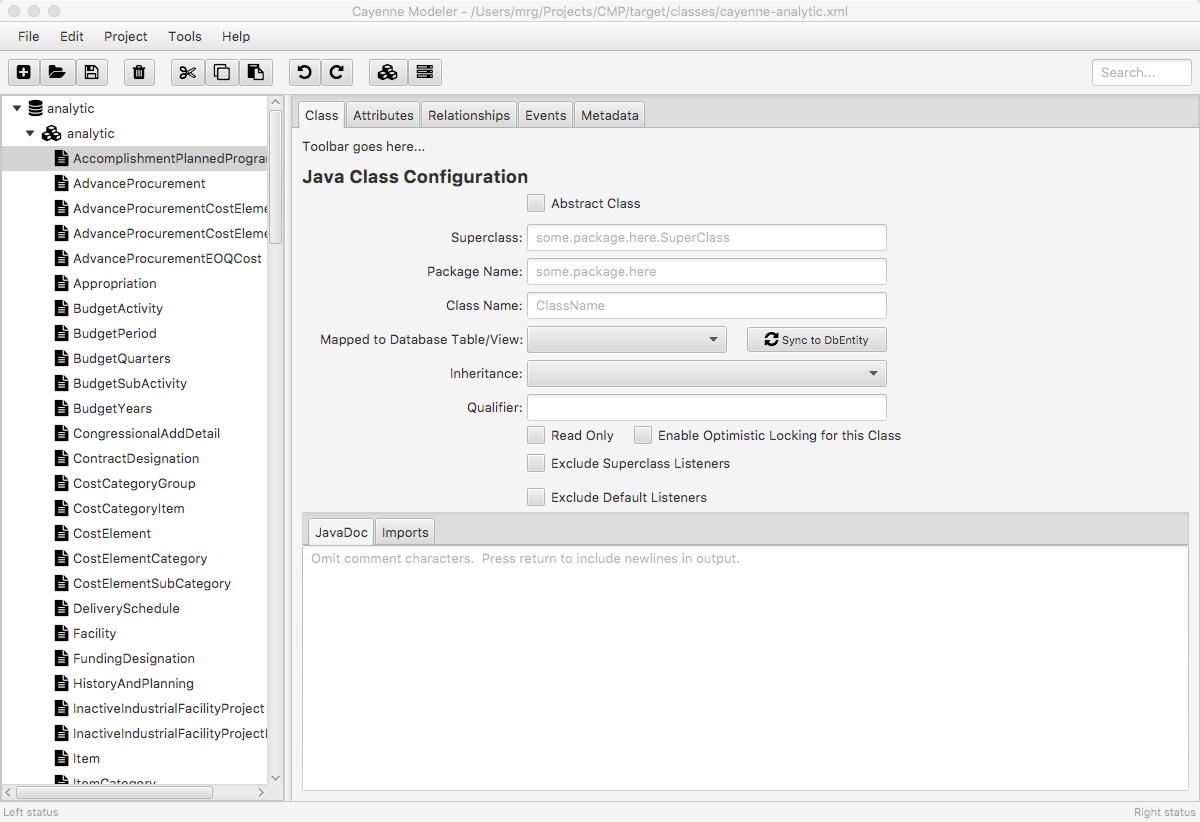 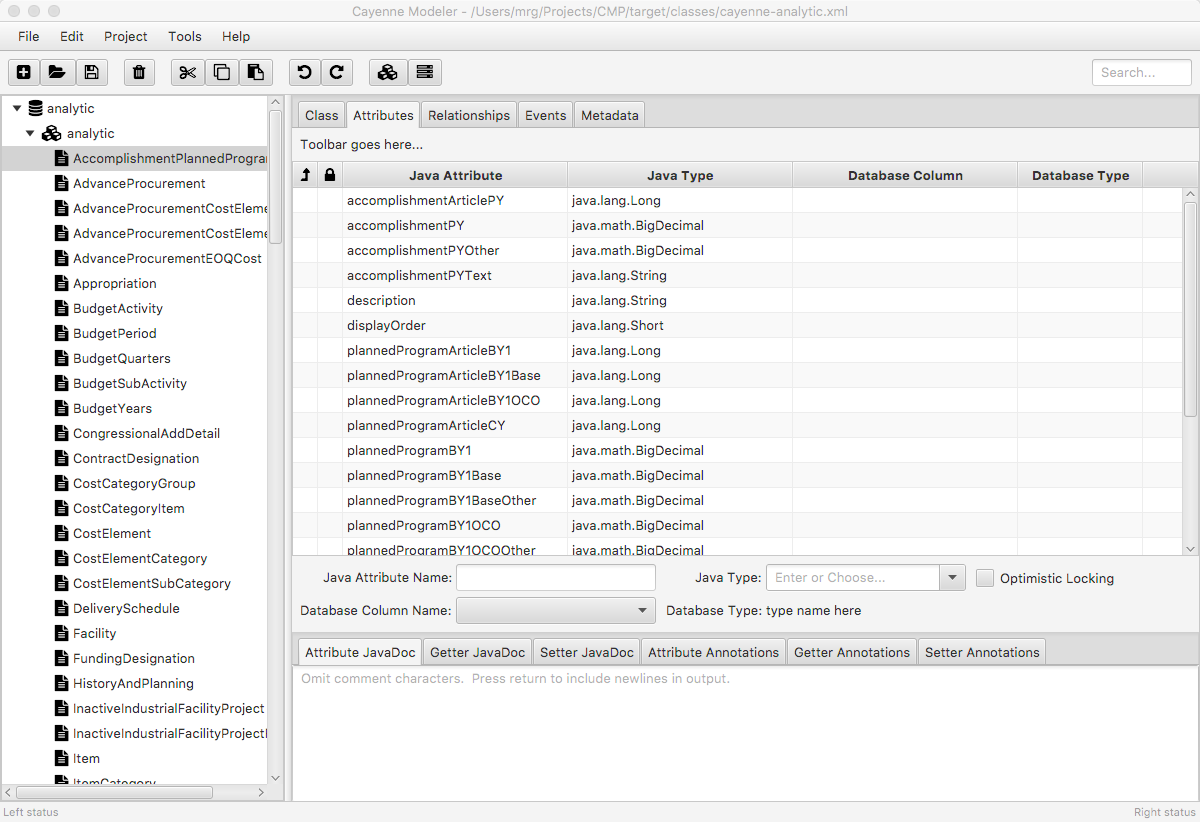